Last Saturday morning I rewarded a half hour exercise at our local Curves with a trip to the Village Cafe for a cup of steaming coffee, Irish oatmeal and The New York Times. “All sold out.” I settled for our local Westchester paper, The Journal News. The headline in the LIFE&STYLE  section caught my eye. “Why Marital Bliss Goes Amiss.” I read more. “In a  book on the woeful state of inequality in most marriages,  author Carin Rubenstein  doesn’t mince words. Women are just too capable for their own good.”  In her book with an off-putting title, The Superior Wife Syndrome: Why Women Do Everything So Well and Why  –  for the Sake of Our Marriages – We’ve Got to Stop,” she argues that many women are overworked doing it all and husbands are coasting along, happy with the status quo. She studied 1500 men and women and found that the men exaggerated their contributions to the household although “They’re doing  more than their own fathers but nowhere near half.”

In my Couples Training,  Murray Bowen, granddaddy of family therapy warned, ‘Couples get caught in an over and under functioning reciprocity, a dance in which the more I do, the less you do; the less you do, the more I do.  The couple is a system rather than two separate individuals. Each part of the system responds with reciprocity.  We have been programmed from birth and over many generations to respond in particular ways.  For a long time, men were the over functioners while women sometimes under functioned. The tables have clearly turned. The Womens’ movement has left a mark. The dance of the couple is in flux. We need a dance teacher.

I suggest that in any relationship, the over functioner needs to back off and do less. Focusing on the under functioner rarely works. The over functioner has power to shift system dynamics by changing her over functioning behavior. Learn from the greatest teacher of all, the under functioner. Rest more, talk less, observe more, ponder but leave space for the under functioner to solve the problem, do the work. I am reminded of the parents who anxiously sat forward in their chairs worried about their son’s failing grades while he sprawled across his seat looking bored. The son had the problem but the parents did the worrying. Until the problem and the anxiety are in the same person, no change occurs. The energy of anxiety will force a person to change his behavior. If a parent or a spouse does the worrying, the child can relax and not change.

The concept of superior/inferior is not a systemic concept  and does not take into account our DNA  programming over many generations. Change is a process but the only person you can really change is you. So change your behavior over functioners and take better care of your self. Whenever a person over functions in one area, she is under functioning in another. Rubenstein suggests  five tips: “Just ask.”  Like just say no, sometimes it works, often it does not but if you back off, it may work. She suggests that women “develop manly skills like mowing the lawn.” Won’t work, more of the same. “Give him a choice.” It may work but she still has the responsibility.

I like two of her suggestions. “Be less than you can be.” Do not always be so competent. When spouses are practicing a behavior for the first time, they will not do it as well as you, the experienced ones, can do. Keep your mouth shut and Do Not criticize or show them how to do it.  Everyone improves with practice. Her other appealing tip; “Silence your inner critic.” That critic has been programmed over many generations. Be patient with her but Stop the negative self talk.

Over functioning  shifts the balance, try to under function a bit. Change your dance steps by taking better care of yourself. Look in as well as looking out. Don’t always be the one who sees the job to be done. Pause, give your partner time to miss the clean shirts or  the gourmet dinner.  Everything is not your concern or your job. If you back off, give it time,  let’s see if he moves in. If not, perhaps a discussion or a talk with a couples coach is needed. 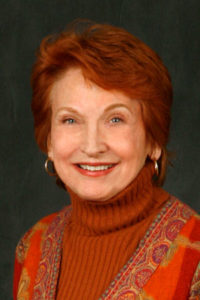